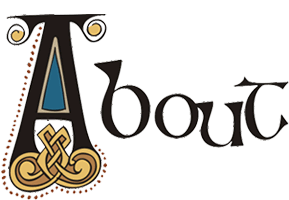 Fenris Games are: Ian and Jo Brumby, two brothers from the wilds of Lincolnshire. We’ve been working as professional industrial modelmakers since 1986 and have been involved with wargames and RPGs since 1976. The company was created in 1988 as a Postal Roleplaying Game moderator/publisher: the games WYRDWORLD, CHILDREN OF A MORNING STAR, MMCII and TIMEWARS won a number of industry awards and will form the basis for much of our upcoming scenery and miniatures ranges. Everything from post-apocalyptic anthropomorphism to pre-colonial Native American mythology and near future cybernetics will be involved at some point; hopefully there’ll be enough crossover potential for most of our stuff to suit other games and genres. 99% of everything Fenris say, make, and do is handled by Ian (Jo still works full-time as an industrial modelmaker, sculpting for Fenris - and others - on a part-time basis) and as such, like most one-man bands, spare time is extremely limited. We try to make a post run at least twice a week, but sometimes workload prevents this. Our webshop should auto-email you a confirmation of order and a notice of shipping, but please note that these communicaions are only a general indicator and not a guaranteed date of posting. Turnaround of orders will depend entirely on stock levels, delays from suppliers (both from imports and from those few things we do outsource, like metal casting), time of year (resin casting in the hottest months is necessarily curtailed) and the occasional real life emergency (loss of limbs, shark attack, meteor strikes and staying home waiting for a plumber) . Typical, current order turnaround time is 14 days from receipt to processing, though this will hopefully fall again before too long. We do employ a second resin caster on a part-time basis when workload and cashflow allows, and work with a pool of approximately 20 freelance sculptors, but we’re by no means a huge company despite all efforts to appear otherwise. Emails, PMs on forums and social media, and carrier pigeon messages will all be answered eventually but inevitably there may be some delays.

A Potted History of Fenris Games 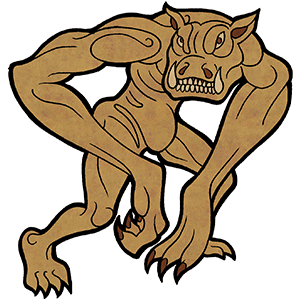 Fenris Games started as a business back in 1988 as the result of a long, wet holiday in Exeter. We'd been involved in the soon-to-be-controversial PBM game Further into Fantasy and decided it was time to run our own postal roleplaying games.

First and foremost amongst these was WYRDWORLD, inspired by the Spellsinger series of books by Alan Dean Foster - in as much as they both involved talking animals and fantasy worlds. This was a high fantasy RPG set in a magikal world where mankind was no longer the most highly evolved mammal, and where players might rub shoulders with barbarian hamsters, chihuahua berserkers, and dwarves in pink bunny suits. This was a world where a player's actions could see them involved with a broad campaign of potential dangers, from the necessity of keeping a roof over their heads through to allying with or against dark elder gods and creatures that had greater plans for the whole planet.

Our second gameworld was CHILDREN OF THE MORNING STAR, set in a pre-colonial North America, where players took on the role of a new adult in one of the Pawnee tribes in a dark age fantasy with all-new myths and legends mostly unfamiliar to European minds. Enemies were as likely to be shape-shifting spirits and cannibalistic demons as raiding parties of Sioux warriors.

Third on the PBM roster was MMCII, a cyberpunk and hard SF setting less than a hundred years in our future. Genetic engineering, cybernetics, space colonisation and all the trappings of a world simultaneously exploring new frontiers and decaying inwardly were what kept players busy.

Last and possibly least of the four games was TIMEWARS, where a player took on the role of any character from history, working for an organisation dedicated to policing the increasingly complicated timelines and set histories of Earth. Everyone from neolithic hunter-gatherers to spandex-clad superheroes was involved, and even such personalities as Mona Lisa, the infamous time-heist anti-heroine were common bit-part players.

All four games were popular and well-regarded - Wyrdworld and Children both won PBM industry awards - but all four ultimately shuffled into quasi-retirement as the real-world pressures of Industrial Modelmaking interfered more and more with the careful creation of detailed fantasy worlds.

Since kick-starting Fenris Games again in 2002 as a creator and supplier of resin scenery and (in 2010) miniatures, we have been gradually trying to focus our creative efforts and designs once more towards our own gameworlds, and plan on bringing out more new pieces - scenery, miniatures, bases and collectables - that will tie in with these worlds. Hopefully they'll also have enough cross-genre appeal to mean we can continue to produce more unique work that's not quite as common as most stuff in the wargames and roleplaying industry.