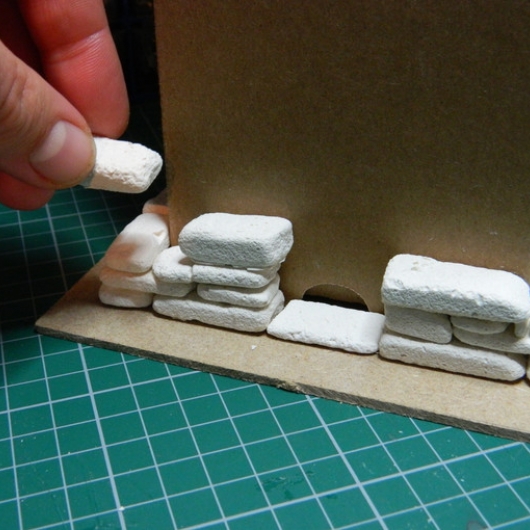 We now have a growing range of silicone rubber moulds taken from real stone masters in a range of styles and sizes, allowing you to cast your own stock of stones to decorate bases or to complete pieces of scenery. The following tutorial (provided by regular customer Matt “McFonz” Canning) is aimed at helping you see how quick and easy it is to quickly create your own stock of building blocks, using readily available hobby materials.